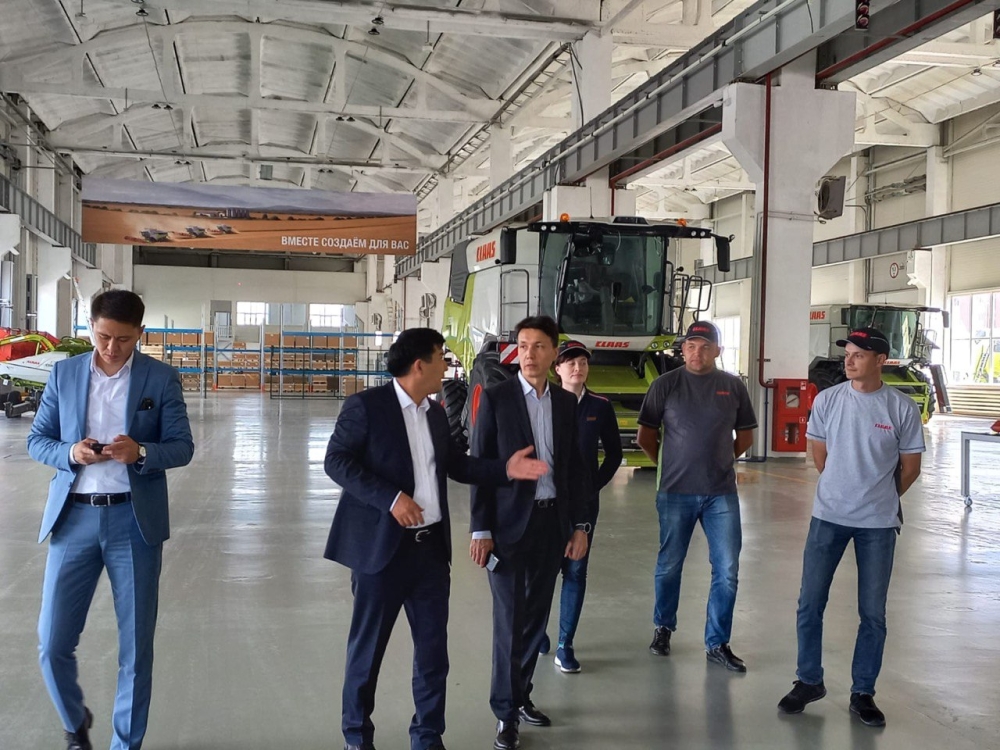 The Chairman of the Management Board of “NC “KAZAKH INVEST” JSC Meirzhan Yussupov visited a number of investment projects in the North Kazakhstan region, where he discussed current issues of project implementation with business representatives of the region.

During the visit, Dauren Zhandarbek, deputy akim of the North Kazakhstan region, introduced implementation of the investment project for the assembly of CLAAS agricultural machinery. The project was implemented on the territory of the Qyzyljar Special Economic Zone and commissioned in 2021. To date, the productive capacity of the project is 300 units of equipment per year.

Kanat Nurpeisov, director of one of the most promising plant in the food industry, Maslo-Del, spoke about plans to build a new oil extraction plant worth about 15 billion tenge. The launch of the project is scheduled for early next year. Today, the Maslo-Del plant, founded in 2004 in Petropavlovsk, produces various types of fermented milk products. The enterprise processes up to 66 thousand tons of raw milk per year. The production is provided with the most modern technological equipment, which allows processing more than 200 tons of milk per day. 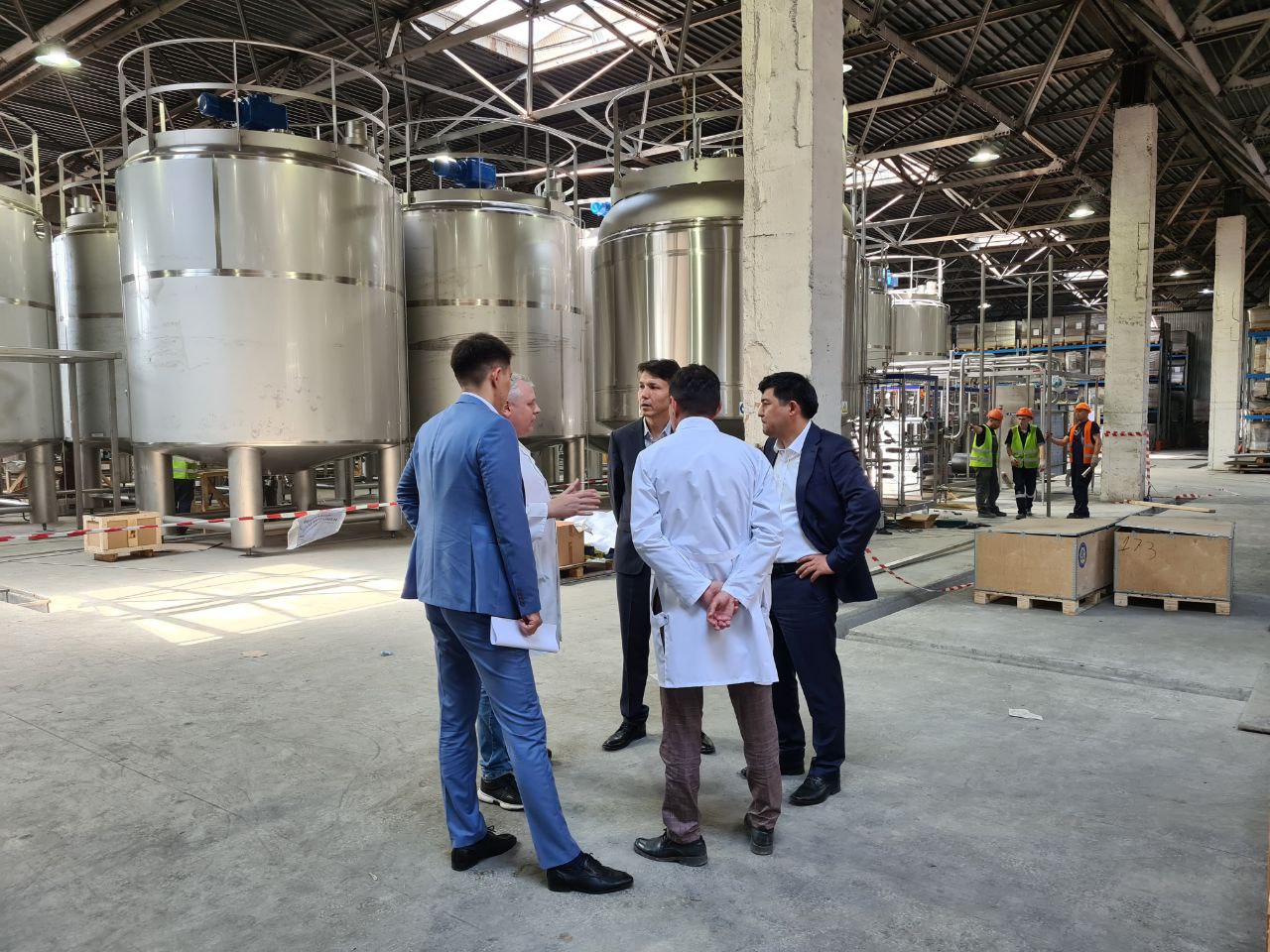 The director of the Raduga paper products plant, Yevgeny Li, introduced guests with the work of the production site. Today the company is the flagship of the manufacturing industry in the region, producing about 700 different products. The plant, worth about 2.5 billion tenge, plans to produce 5,000 tons of paper products per year.

Another major project, the Northern Plywood Mill, which opened the first stage of production in early 2021, plans to launch the next one in June of this year.

“With full support of KAZAKH INVEST, an investment contract was signed with the Investment Committee of the Ministry of Foreign Affairs of the Republic of Kazakhstan, which provided the company with exemption from customs duties on the import of equipment from Turkey and China. In addition, our company has established sales of laminated plywood to neighboring countries and Europe. The design capacity of the enterprise is 27,000 cubic meters of finished products per year,” said Aivaz Bakirov, Deputy General Director of the plant.

The project for production of electrical products of Alageum Electric JSC was put into operation in 2021. The total amount of the investment project for the construction of a plant in the city of Petropavlovsk amounted to 10 billion tenge. The company has created 350 jobs. The production capacity of the enterprise is 13 thousand transformers per year. At the same time, 98% of the products will be exported to the CIS countries. Currently, the company is training local personnel, which is a good support in the socio-economic development of the region.

The brick production plant (“Kirpich SK”), which began operations in the 2nd quarter of 2022, sets a goal of producing up to 45 million bricks per year, which will cover about 30% of the region's needs in the construction industry.

Also, the head of KAZAKH INVEST visited the dairy farm "Kyzylzhar Sut" for 720 heads, the main directions of which are the breeding of dairy cattle and the cultivation of grain and leguminous crops, including seed production.

“In KAZAKH INVEST, special attention is paid to supporting investment projects with a high degree of elaboration. We try to resolve issues that arise from investors in the process of project implementation. The company always keeps abreast and is ready for cooperation in order to develop investment potential of the regions. KAZAKH INVEST provides full support for investors on a one-stop basis. He is engaged in solving problematic issues, as well as post-investment monitoring in order to stimulate reinvestment,” summed up Meirzhan Yussupov.